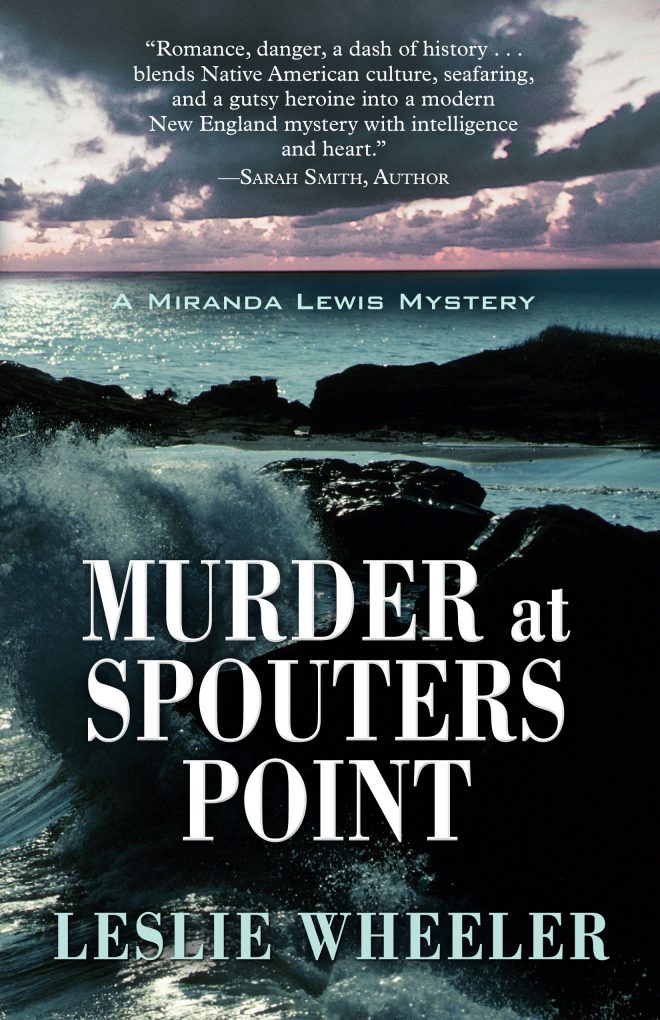 In Murder at Spouters Point, the grisly murder of a visiting yachtsman, allegedly by a local Indian, shakes a New England seacoast town and severely tests the loyalties of a white woman and her Native boyfriend.

When Miranda Lewis, a workaholic writer of books about American history, and her boyfriend, Nate Barnes, a hot-tempered former American Indian Movement activist, visit friends—hers at the Spouters Point Maritime Museum, and his at a nearby Native-owned gambling casino—they know it’s not going to be smooth sailing. But neither anticipates the storm that’s about to break when Miranda’s friend’s yachtsman fiancé is brutally murdered, and Nate’s casino friend is the leading suspect. Miranda’s quest for the truth not only puts her at odds with Nate, but with her own friends when her friend’s brother emerges as a suspect. It also leads her to a life-and-death struggle with a crazed killer.

“ . . .an entertaining Rhode Island amateur sleuth mystery that focuses on the modern day divide between whites and Native Americans while enhancing the story line with historical references. The cast is solid as the two cultures converge at Clambanks. . . .readers will enjoy this interesting whodunit.”

“Leslie Wheeler offers us a look at an unusual subject: Indian-run casinos and a view of prejudice, whether in a relationship, or in general. She has written an intriguing plot with insight into her characters who are skillfully portrayed. Murder at Spouters Point has much to offer in history, setting and relationships as well as a mystery brimming with surprises. Leslie Wheeler has written a very enjoyable book.”

“Murder at Spouters Point is the third of Leslie Wheeler’s “living history” mysteries featuring her good-natured, but stubborn heroine Miranda Lewis. In it, she blends suspense, romance, and Native American folklore with a dynamic storyline and vivid characterizations; the end result, a truly winning combination. The story advances through the eyes of Miranda as she grapples with feelings of love and frustration for Nate, and their ever-present cultural obstacles. . . Wheeler’s realistic portrayal of her characters really drives the plot to its climactic end! Historian by day, amateur sleuth by night, Miranda Lewis proves to be everything you’d want in a strong, independent heroine as she winds her way through the myriad of suspects to get to the truth.”

“. . . a very good story, well told. I would recommend it to mystery lovers as well as those who like a bit a history with their entertainment.”