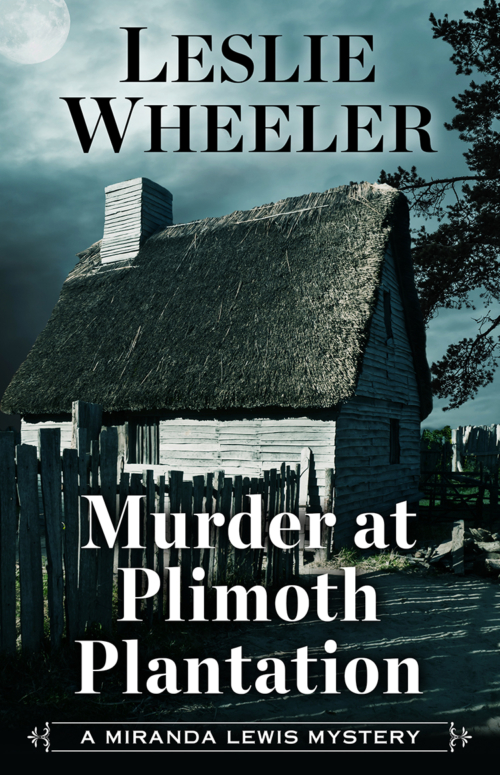 It’s the week before Thanksgiving, and history textbook writer Miranda Lewis has deadlines to meet. But when a routine check-in call to her young niece ends in tears and a hang-up, Miranda hurries to Plimoth Plantation, where her niece works as an interpreter.

At the recreated seventeenth-century village in Plymouth, Massachusetts, Miranda encounters protesting Indians, quarrelling Pilgrims, and tension aplenty. The day after her arrival, the explosive atmosphere turns violent when someone beheads the interpreter who portrays Miles Standish. With suspicion falling on her niece, over-heard arguing with the victim the night before, Miranda sets out to uncover the truth. Along the way she discovers much more than she expected.

“Touches of romance interwoven with the mystery make Murder at Plimoth Plantation a light, appealing read.”

“Mayflower descendant Wheeler is in her element in this fictional brew of history and mystery.”

“The plot moves along smartly with some good twists and turns and a satisfying ending. . . The bits of information and quotes from the writings of original settlers added a nice historical flavor throughout.”

“. . .a quick and enjoyable read and the format screams ‘sequel.'”

“. . .a traditional British mystery in form [with] some intriguing looks back to 1627.”