Part I: The White Stag

Three families lived on Rattlesnake Hill when I was a girl. At the top of the hill you had the Whittemores. They were rich folks from New York City. They built a big, brick house and spent the summers there. That mansion seemed like paradise to us Judds. We’d look up at it from our farm and pretend we were just a few rungs below the Pearly Gates. Beyond the Whittemores, you had the Barkers. They were a different sort. Backsliders, we called ’em, because everyone agreed they’d fallen from grace long ago. They lived on the wild back side of the hill, among the timber rattlesnakes. They made money off those snakes in the early days. They’d bring the tails to the town treasurer for a reward of two pennies a tail. Folks said it was the rattlesnake venom in their blood gave ’em such violent tempers.

“Whaddya think?” Brandy Russo asked, as they wrapped up the tour of the house on Rattlesnake Hill.

“It’s nice, but . . .” Kathryn didn’t want to sound too eager, lest the realtor jack up the rent. Also, the house seemed almost too good to be true. There must be a catch somewhere.

It was a bargain all right, but Kathryn wasn’t quite ready to commit. “I’m surprised no one’s snatched it up already.”

Brandy coughed. “A family had it for the summer and through the leaf-peeping season. But once the foliage was gone, they split. As for skiers, forget it. Gordon Farley—he’s the owner—won’t rent to them.”

“Tenants-from-hell. Come in droves, track snow onto lovely hardwood floors like these.” Brandy tapped a pegged oak floorboard with the stubbed toe of her high heel. “Party all night and nearly set the house on fire fiddling with that.” She jabbed a bitten-down nail at the white enameled Scandinavian wood stove that stood on a slate hearth in the living room. “Leave a ton of trash behind, too. Whereas someone like you,” her voice switched to a soft purr, “is an ideal tenant. Single but mature. No kids, no pets.”

“One little kitty won’t bother Gordon,” Brandy backpedaled. “Not with the menagerie he talked about having here. One week it was quail, the next, llamas, then buffalo.”

“More like a gentleman farmer with time on his hands and money to burn.”

A sour note crept into Brandy’s voice. Did it reflect the attitude of a struggling local toward a wealthy outsider? Kathryn had only spent a few hours with Brandy, yet already she sensed a grittiness born of adversity.

Brandy appeared to be several years older than Kathryn; late thirties or early forties. She might have been pretty once, but now her dirty blonde hair hung lank and lusterless, and fault-lines showed in her face despite a heavy coat of make-up. Her breath and clothes reeked of nicotine, the rank odor Kathryn associated with dirty dishes and despair.

“This have to do with your job?”

“Actually not. My ancestors lived in New Nottingham over a hundred years ago, and I want to find out more about them.”

“A hundred years ago—wow!” Brandy’s glazed expression belied her enthusiasm. “But you’ve got a paying job, don’t you?”

Kathryn nodded. “I’m the curator of prints and photographs at a small private library in Boston. I’m able to take time off, because the building’s being renovated, and the collection I oversee is in storage. So there’s not much for me to do right now. Still, I plan on keeping in touch with my boss. How’s the internet connection here?”

“The village doesn’t have cable yet, but I’m sure it’ll happen any day now.”

“Dial-up. There’s Wi-Fi in Great Barrington, though, and it’s only a twenty-minute drive away.”

Hmm. Maybe this was the catch she’d worried about. “What about cell reception?”

Brandy cleared her throat. “You won’t get a signal here, but I’ve heard there are hotspots further up the hill. Besides, convenient as it is, technology can be a huge distraction. I think you’ll find that the less of it you have, the more you’ll accomplish while you’re here. Oh, I almost forgot.” Brandy’s eyes gleamed like a gambler’s about to play her ace-in-the-hole. She swept across the room, heels clicking on the already extolled hardwood floor. With a dramatic flourish, she flung back heavy curtains revealing a panoramic sliding glass door.

The land behind the house sloped down to a pond, fringed by tawny cattails and embedded in the rocky earth like a large shard of antique glass. Beyond the pond, stubbled fields gave way to woods. Deciduous trees, bare of leaves and dun-colored except where bittersweet had caught the branches in an orange stranglehold, formed the front line of the woods’ advance. Behind them stood tall sentinel pines. The sky glowed an iridescent red-orange, as if a distant city were on fire. Magnificent.

A loud crack shattered the stillness. Kathryn clutched her heart. “What was that?”

“Probably a car backfiring down the road.” Brandy waved a hand dismissively.

“Does that happen a lot around here?” Much as she liked the house, she had no intention of putting herself in someone’s line of fire. This was a bigger negative than the lack of Wi-Fi and cell reception.

“Oh, no. And never near houses. They always go way off in the woods.”

Brandy looked Kathryn in the eye. “Would I lie to you?”

Not lie outright—just not tell the whole truth.

“So listen, there are a few more places I could show you, but why waste your time? They’re nowhere as nice as this house. How about it?” Brandy thrust her face in Kathryn’s.

Resisting the hard sell, Kathryn took a step backward. “Okay if I take another look around by myself?”

“Not at all.” Brandy jerked the curtain pull, and the vivid tableau vanished. “I’ll wait for you in the car.”

Alone, Kathryn relaxed. She roamed the shadowy rooms with their curtained windows. The house was nothing like the Tudor mansion bordering the Beverly Hills Country Club, where she’d lived until her parents’ divorce when she was four. Nor was it like her second Eden, her great-aunt’s house on Diamond Head, where she’d spent the only happy times of her childhood. Still, she had the odd sense of being back in paradise.

She returned to the red room upstairs Brandy told her had served as a study. She’d wanted a red room when she was young, imagining it would be like waking up in a valentine. Her grandmother had talked her out of it. “You paint your room red, you’ll end up loony like your mother.” Her great-aunt, on the other hand, would have loved this room and the entire house with its pond and flaming sunset view. A sharp pang sliced through her.

The trip to New Nottingham in the Berkshire Hills of Western Massachusetts had been Aunt Kit’s idea. Ever since Kathryn could remember, Aunt Kit had wanted to learn the identity of their family’s Dark Lady, a beautiful, nameless woman in an old photograph an ancestor had brought with him to California. Long-distance inquiries proving fruitless, she finally decided a visit to the village was necessary and invited Kathryn to accompany her. “It will be wonderful seeing you after such a long time,” she said over the phone. “I’m so happy you’re willing to join me on a quest that’s always ranked high on my bucket list.”

They planned the trip for last summer, but that spring Aunt Kit died suddenly of a heart attack. She bequeathed the photograph, along with relevant correspondence, and the sum of fifty thousand dollars to Kathryn. The photograph sat on Kathryn’s dresser, while she debated whether to pursue the quest alone. At first, it seemed quixotic; she’d only accepted the invitation out of a desire to please her beloved aunt. But the more she looked at the photograph, the more she understood Aunt Kit’s fascination with it. “There’s a story here,” her aunt had often said. “A story that’s waiting to be told.”

She might have added, “A story with special meaning for you,” because that’s what Kathryn had come to believe. At some point, her aunt’s pet project had become hers. Now, standing in the valentine room of this house in the village where her ancestors once lived, she seemed to hover on the brink of discovery. As if she were poised at the tip of a high diving board, waiting to take the plunge, giddy with a mixture of excitement and fear. 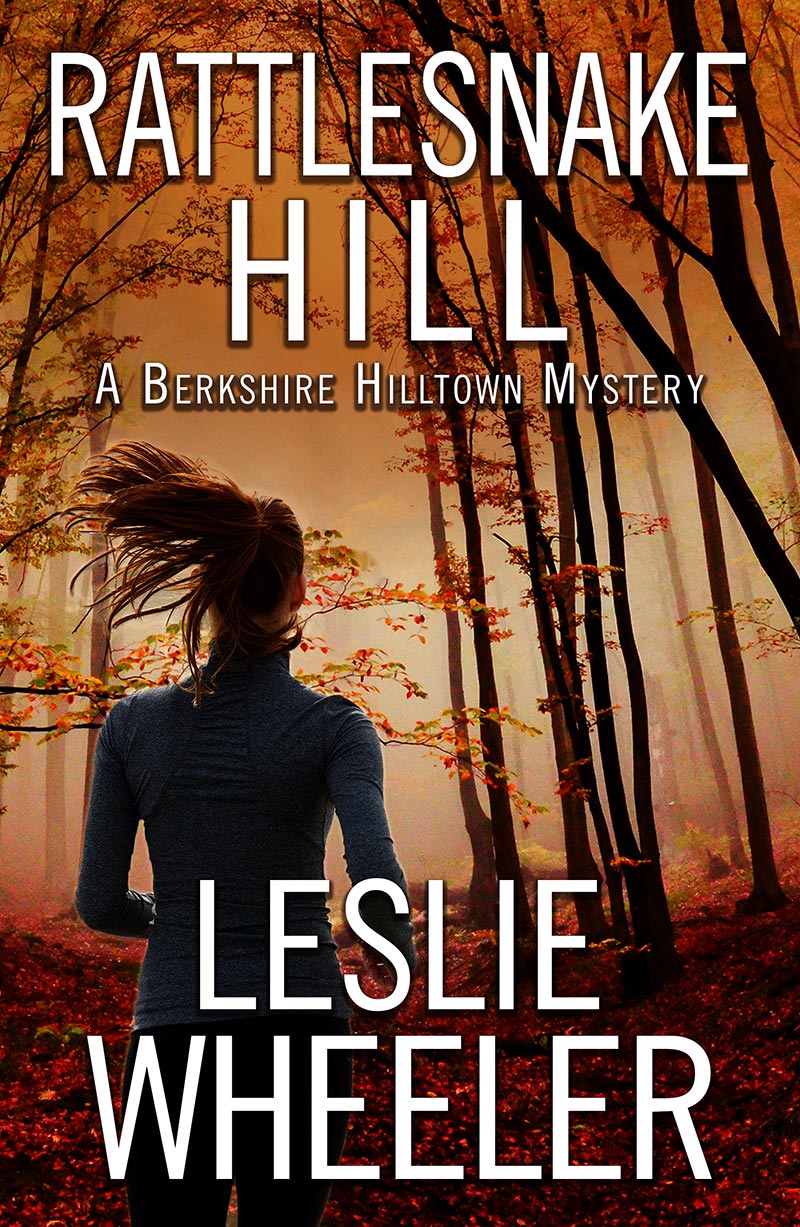