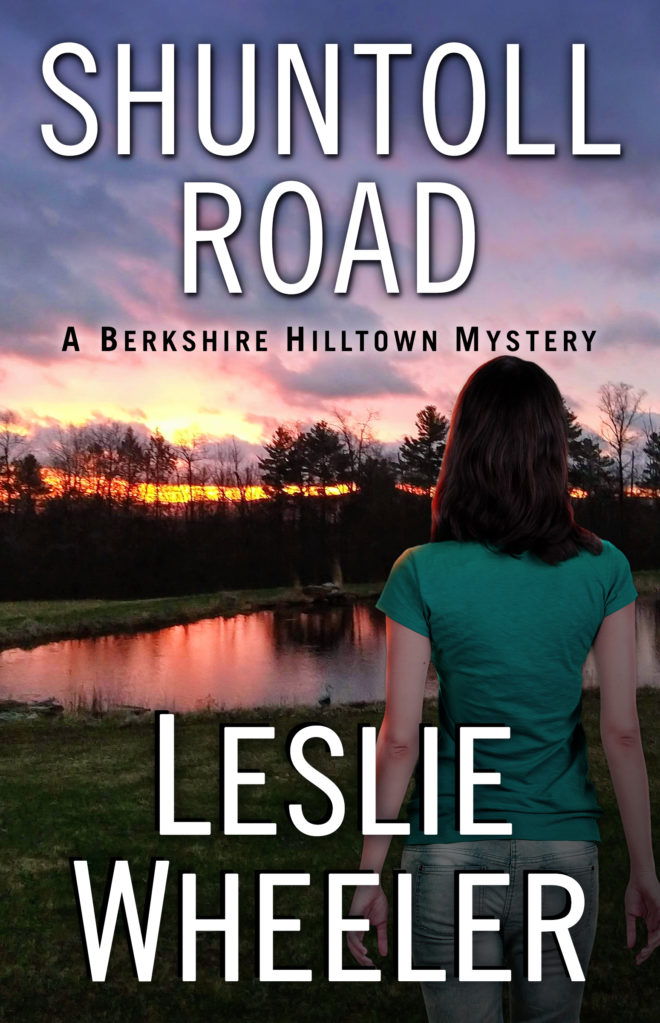 Boston library curator Kathryn Stinson returns to the Berkshires, hoping to rebuild her romance with Earl Barker, but ends up battling a New York developer, determined to turn the property she’s been renting into an upscale development. The fight pits her against Earl, who has been offered the job of clearing the land. When a fire breaks out in the woods, the burned body of another opponent is discovered. Did he die attempting to escape a fire he set, or was the fire set to cover up his murder? Kathryn’s search for answers leads her to other questions about the developer’s connection to a friend of hers who fled New York years ago for mysterious reasons. The information she uncovers puts her in grave danger.

“In this expertly-plotted and gritty follow-up to Rattlesnake Hill,  haunting secrets wreak havoc on the residents of a small town in the Berkshires. The stunning, multi-layered plot kept me guessing until the final pages. And if you like smart, tough-as-nails protagonist Kathryn Stinson as much as I do, you’ll be hoping the next installment in the Berkshire Hilltown Mysteries will be available soon.”

“The past never stays buried. Gwen Waite may have thought she’d left her secrets behind in Manhattan twenty years before, but when a handsome developer shows up in her small Berkshires town, her marriage as well as the new persona she has painstakingly crafted are threatened. As the memories begin to flood back, she must enlist the help of another newcomer – Kathryn Stinson, who has her own issues with the development of history-laden New Nottingham – in a mystery that weaves youth and maturity, past and present into the rich sense of place at which author Leslie Wheeler excels in Shuntoll Road.”

—Clea Simon, author of An Incantation of Cats (Polis) and the Massachusetts Book Award “must read” World Enough (Severn House)

“Secrets from the past, a villainous land developer, a missing will—and murder stalk the Berkshires. An atmospheric romantic thriller with a small-town flavor reminiscent of Sharyn McCrumb, Leslie Wheeler’s Shuntoll Road is a thoroughly satisfying successor to Rattlesnake Hill.”

—Sarah Smith, award-winning author of Crimes and Survivors and other mysteries.

“People living on today’s Shuntoll Road probably never consider its proximity to the old New England towns of Sodom and Gomorrah, but in Leslie Wheeler’s new mystery, there are plenty of sins, sinners, and dark secrets brewing beneath the tranquil surface of summertime in the Berkshires. A ruthless developer, a woman with a hidden past, a rebellious teenage girl named Scarlett, and an angry man who resents “Newyawwkers” all tangle together in this fast-paced story that readers will find hard to put down.”

—Kate Flora, Edgar and Anthony nominated author of the Thea Kozak and the Joe Burgess series and true crime

“Leslie Wheeler is a master at drawing convincing characters. Kathryn Stinson, the protagonist of Shuntoll Road, is strong, competent, and determined to uncover long suppressed secrets that have dangerous consequences in the present day, all while coming to grips with a secret of her own. In this powerful follow-up to Rattlesnake Hill Wheeler once again immerses you in the beauty of the Berkshires as you are drawn though the pages. I’ll be waiting impatiently for the next installment.

—Ang Pompano, Agatha nominated author of When It's Time for Leaving

“Leslie Wheeler keeps you on the edge of your seat – and turning pages – in this second well-crafted Berkshire Hilltown Mystery. The hilly landscape of the story includes hidden turns and dangerous crevices in the geology as well as in the relationships between the western Massachusetts locals, Bostonian Kathryn Stinson, and other outsiders. The ending both surprises and satisfies in an engaging story that makes you wish its sequel was already out.”

“Leslie Wheeler has written a page-turning, heart-thumping tale of good and evil, secrets, lies and unrequited, twisted love that keeps the reader guessing until the very end.”